This past weekend was the 35th Annual California Indian Market in San Juan Bautista, CA. Sponsored and organized by the One Earth One People Peace Vision non-profit group and headed by Elayne "Laynee" Reyna and Chief Sonne Reyna, this event is peaceful, educational, family-oriented, sobriety- promoting, and highly respectful to American war veterans.

San Juan Bautista was the kickoff event of the season for artisans and craftspeople from reservations and communities all over the country. In coming weeks, these native artists will take their genuine, hand-crafted, culturally significant works to powwows and markets at Stanford and further northward up the west coast. You won't find any cheap, plastic doo-dads imported from China at these markets. These folks are the real deal.

For me, the highlights of both days were the Aztec dancers and their colorful, hand-made costumes. Each dancer makes her or his own headdress and clothing, having learned from their elders the old ways, songs, and dance moves. The drumming was powerful and enchanting. 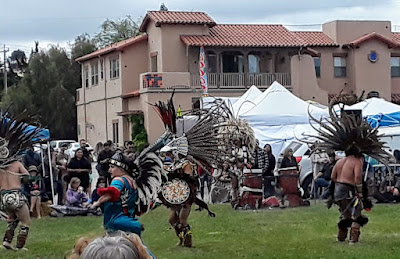 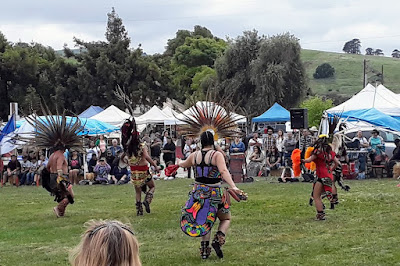 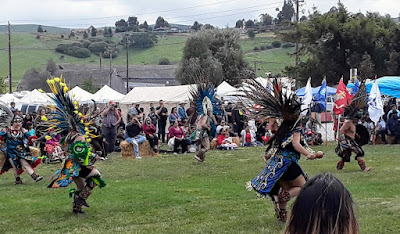 There were two groups, one made up of adult, veteran dancers, the Xipe Totec Aztecs, and one that consists of Nena "Grandma" Sanchez with her children and grandchildren and even one great grandchild, the Capulli Itzpopolotl Aztecs. The joy and dedication to this athletic, rhythmic art form were obvious in the performers' expressions and enthusiasm. Seriously, I could not have been any more impressed. 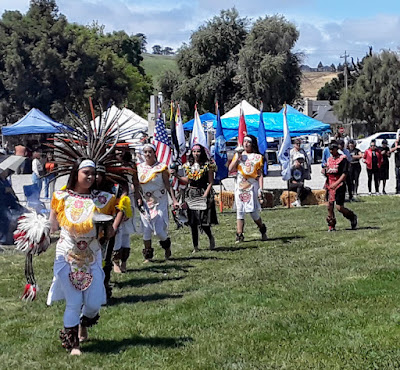 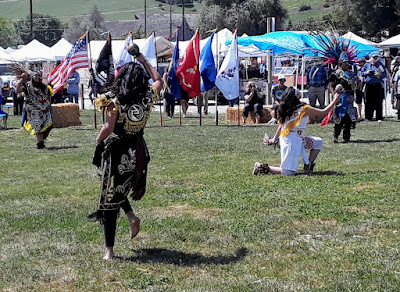 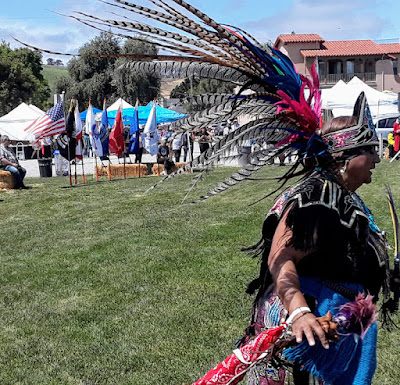 Sunday's venue included a welcome home ceremony honoring war veterans from the Korean War, the Viet Nam War, and both Gulf Wars and a special personal honoring of local hero Lou Fiori for his service and valor in Viet Nam. Those of us who have never served the country in war simply cannot know what it was like to make that sacrifice or to deal with the aftermath. Watching these veterans honoring each other with handshakes and embraces gives a little peek into how each of them bears their private burdens with strength and pride. The rest of us can only stand with respect and honor them with solemn applause.

Peace and Love for One Earth, One People,
Jim
Posted by Palomino at 2:52 PM No comments: