Barbara Kingsolver told a doozy of a story in Flight Behavior (2012). I finished it this morning and it's still buzzing in my head; it won't leave me alone. Kingsolver is a very funny novelist and a heady biologist. Her humor and vision carry you through the enormous sad tale of a poor, intelligent, uneducated Tennessee farm wife and mother, trapped by poverty and duty and doubt, who finds herself in the middle of her century's global environmental undoing. Monarch butterflies. Human stupidity. Science. Determination. Hope. Struggle. Suffering. Mass unconsciousness. Children.

This book may not make you happy, but it will make you laugh out loud inside the minutes of life, as you cringe in realization about the direction we are going. The moral of the story kind of sneaks up on you like a time-release dose of understanding. Oh shit. The end. Five stars. Brilliant.

Kingsolver nails a big part of the problem on page 351. Let me quote from her paragraph about the general public's and the media's ignorance regarding climate scientists and what they do to seek the truth.


"Science as a process is never complete. It is not a foot race with a finish line...People will always be waiting at a particular finish line: journalists with their cameras, impatient crowds eager to call the race, astounded to see the scientists approach, pass the mark, and keep running. It's a common misunderstanding...They conclude there was no race. As long as we won't commit to knowing everything, the presumption is that we know nothing." 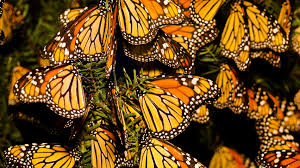 I live smack dab on top of the San Andreas Fault. In a travel trailer. On purpose. So in your mind, you may be automatically disqualifying me from anything resembling common sense or logic or credibility. If that is so, it's a darn good thing I don't care what YOU think. Otherwise, I'd be wasting my time here.

A small group of retired science teacher friends and I gathered at the Premiere Theaters in lovely Hollister CA last week completely prepared to howl and shriek obscenities at the screen in the event that the movie San Andreas was as bad as we feared it would be.

IMHO, the San Andreas movie exceeded expectations. In other words, it did not suck as bad as I thought it would suck. There were the usual Hollywood exaggerations (an ocean floor generated tsunami as high as the Golden Gate Bridge - that's 265+ feet - an unlikely and seemingly bottomless chasm/rift in a section of the fault known as the "creeping section" - the notion that the quake could be felt on the east coast by anything other than a seismometer), but these quirks added to the excitement in a fun sort of Transformer/Terminator/Goober Gumby sci-fi way.

The acting was atrocious, but you hardly noticed that with all the skyscrapers exploding and shedding glass shards and concrete everywhere. There were some immortally classic lines, like "EVERYBODY DOWN!" and "R-U-U-U-U-U-N!" Aided by spectacular latissimus dorsi, Dwayne "The Rock" Johnson held his breath underwater for more than ten minutes while dismantling an office suite with his bare hands to get to his drowning college babe daughter - very impressive tattoos, too.

The most disappointing thing about San Andreas, though, was the casting of Paul Giamatti as the genius Cal Tech geophyzzy-wizard. Everyone knows that real life genius geophyzzy-wizards are way more handsome and witty than that guy.

Go see it if you want. It's kind of fun. Oh, and I live about 75 miles northwest of HERE. 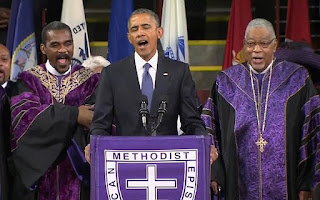 Posted by Palomino at 9:45 PM No comments:

Here at Palomino's Mission Farm Pea Paradise and Pumpkin Palace, peas are popping out all over and pumpkins are edging out the summer campers for available RV space. This community garden thing is great. And we're just getting started. 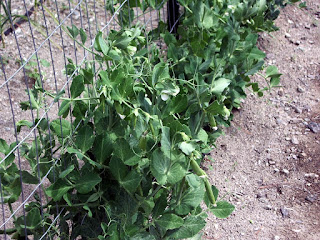 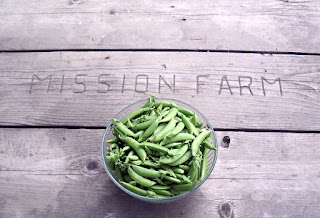 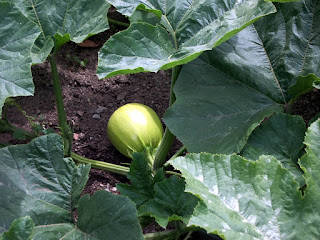 On the menu tonight? Stir fry, what else? I might not be able to wait for dinner, maybe a lunchtime feast instead. The peas taste amazing right off the plant. I never knew pea picking could be so rewarding. I may turn to migrant labor (pardon my language) in my twilight years if my back can take it. Follow the pea harvest into the sunset. Como se dice 'pea' en Espanol?

On the adventure front, my Alaskan ferry voyage and Yukon Dream Machine trek is officially in mothballs until next year, assuming that a) there is a next year and b) I am not too physically degraded by then to accomplish it. You never know. This senior citizen thing is sneaky. Really, though, how important is any of this stuff anyway?

If I can manage it, however, I want to do it well and I want to have fun, which means no short cuts or sacrifices because I didn't allot sufficient funds for the trip or I didn't do my homework properly. Both of which, I think, are true this year. I might be overestimating how much it will cost, but who wants to run out of money 200 miles from the last ATM and 300 miles from the next food shack? One probably can't grow peas up there in a timely manner.

Plus weird things are happening this year, e.g. the Arctic summer temperatures are skyrocketing to the upper 90s, the dadgum tundra is on fire, and there are vampire lampreys raining from the skies near Fairbanks (seriously! it's on the intrunet! look it up!).

A replacement adventure idea is blasting its way between my ears at this very moment. I already ordered the maps. When I finish with the prep work, I'll clue you in. 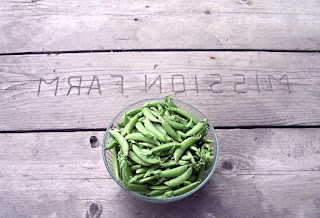